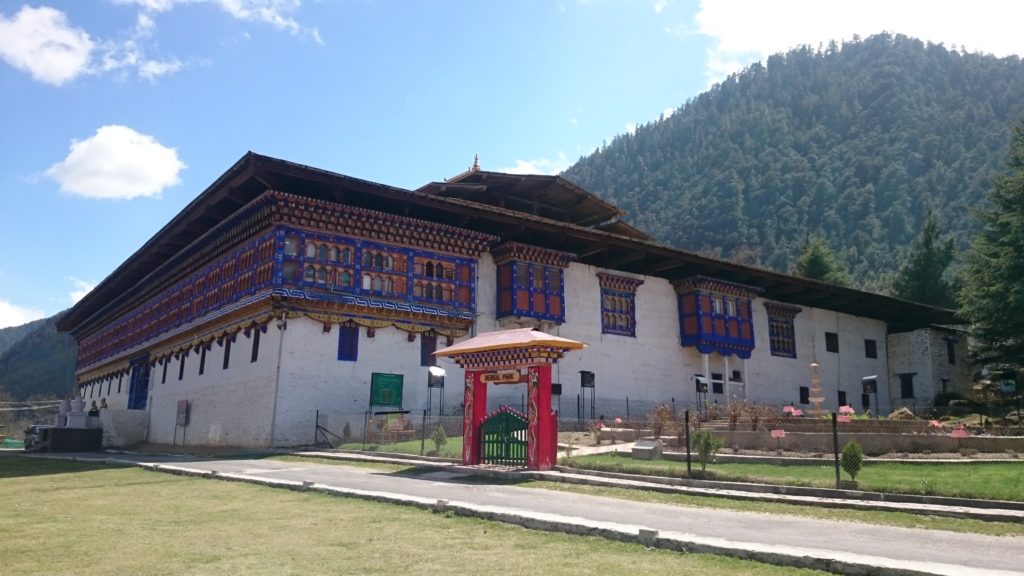 Haa’s small dzong, known formally as Wangchuck Lo Dzong, is one of Bhutan’s newest, built in 1915 to replace a smaller structure. It is inside the Indian army compound (an impressive two-legged khonying chorten marks the camp entrance) and so houses several Indian army offices and a rations shop.

Unlike any other dzong in Bhutan, Wangchuk lo dzong is uniquely seated on the Valley floor with Meri Puensum Mountain at the backdrop.

Wangchuk Lo Dzong could be the only Dzong in the whole of Bhutan where local Bhutanese can actually enter inside the courtyard of the fortress without wearing national attire.